We are thrilled to welcome two titans of the financial industry for a can’t-miss fireside chat moderated by Payden & Rygel Managing Director James P. Sarni, CFA. Loomis, Sayles & Company Vice Chairman Dan Fuss, CFA and Payden & Rygel President and Chief Executive Officer Joan Payden, CFA will provide their unique historical perspective, drawing from decades in the business and unparalleled experience. Fuss and Payden have seen it all, from recessions to bull markets to political upheaval. This is a rare opportunity to “be in the (Zoom) room” for an insightful and thought-provoking conversation with two of the most decorated professionals in the financial industry. 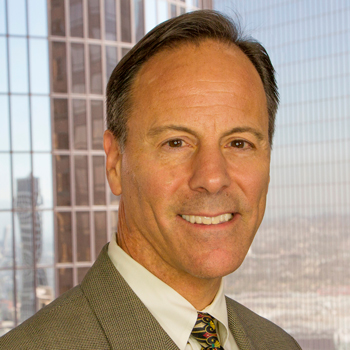 James P. Sarni, CFA | Jim Sarni is a Managing Director at Payden & Rygel and a member of the Board of Directors. He is a member of the firm’s Investment Policy Committee and serves as a Senior Portfolio Manager advising pension funds, insurance companies, corporations, health care organizations, Taft‐Hartley plans, universities and endowments. Jim is also a Trustee of The Payden & Rygel Investment Group, the sponsor of the Paydenfunds, for which Payden & Rygel is the investment advisor and is a frequent speaker with financial media and is regularly quoted on topics related to investing and the economy.

Prior to joining Payden & Rygel, Jim was a Vice President and Senior Portfolio Manager at First Interstate Bank where he managed the trust department’s commingled bond funds as well as institutional client portfolios.

Jim is a member of the University of Southern California’s (USC) Marshall School of Business Board of Leaders and also the Board of Directors of USC’s Center for Investment Studies, the Pasadena City College Foundation and Legatus International; as well as Mount Saint Mary’s University Board of Trustees. He is past President of the Washington, DC-based Investment Adviser Association, CFA Society Los Angeles and St. Philip the Apostle School Board of Trustees.

Jim earned an MBA with an emphasis in finance and a BS from the University of Southern California. Back To Top ^^ 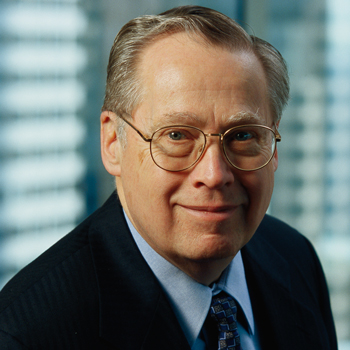 Daniel J. Fuss, CFA, CIC | Dan Fuss has 62 years of experience in the investment industry and has been with Loomis, Sayles & Company since 1976. He is vice chairman of the firm’s Board of Directors and manages the firm’s flagship Loomis Sayles Bond Fund, in addition to the Loomis Sayles Investment Grade Fixed Income, Strategic Income, Fixed Income, Institutional High Income and Global Allocation funds. In 2019, Dan was awarded the Outstanding Portfolio Manager Award at the US Morningstar Awards for Investing Excellence. In 2012, he received both the Institutional Investor Money Management Lifetime Achievement Award and the Lipper Excellence in Investing Award. In 2013, Dan received the CFA Society of Milwaukee Lifetime Achievement Award. In 2000, he was named to the Fixed Income Analysts Society’s Hall of Fame in recognition of his contributions and lifetime achievements toward the advancement of the analysis of fixed income securities and portfolios. Dan has twice been president of CFA Society Boston. He earned a BS and an MBA from Marquette University. Dan served in the US Navy from 1955 to 1958 and held the rank of Lieutenant. Back To Top ^^ 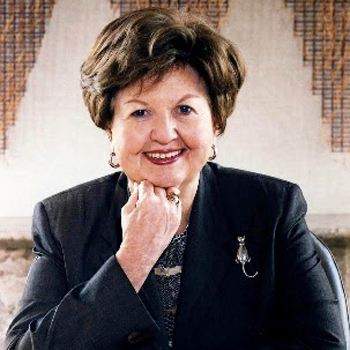 Joan A. Payden, CFA | Joan Payden is the President and Chief Executive Officer of Payden & Rygel, the global investment management firm that she founded in 1983. Joan has overseen the firm’s international expansion and its growth to more than $127 billion in assets under management. In 1992 the firm launched Payden & Rygel Investment Group, a family of mutual funds, of which she is chief executive officer. Subsequently many of these strategies were duplicated in UCITS funds domiciled in Ireland. In 1998 Payden & Rygel Global Ltd. was founded in London. In addition to the London office, in 2010 a Boston office was opened and more recently we opened the Milan, Italy office last year. At the same time, the firm established Metzler/Payden LLC, its joint venture with Metzler Bank, Germany’s oldest private bank. Joan serves on the UCLA Anderson School board of advisors, and is a trustee of the University of Southern California and Loyola Marymount University. She is also a member of the board of the Town Hall of Los Angeles, the Los Angeles Sports Council, the California Chamber of Commerce, and the Natural History Museum of Los Angeles. She is past chairman of the Investment Counsel Association of America.

Joan is a graduate of the Advanced Management Program at Harvard Business School and earned a BA from Trinity Washington University in Mathematics and Physics. Back To Top ^^

Cancellations
Cancellations must be received in writing by 9:00 am the day prior to the event to receive a refund. No phone cancellations are accepted. Please fax to the CFALA office at (213) 613-1233 or e-mail info@cfala.org.