FinTech Series — Bitcoin in 2021: The Uncertainty and Appeal

In March of 2020 Bitcoin demonstrated it was a poor hedge compared to gold. Institutions are dabbling, but what does Bitcoin have to accomplish before it’s considered a sound mainstream investment? Is it just another speculative investment to be avoided or is there real sustaining value? Join us for a lively discussion as our expert panelists will debate the future of Bitcoin and its investability. Then weigh in on the debate yourself in our breakout rooms.

Nik Bhatia, CFA | Nik Bhatia is a financial researcher, CFA charterholder, and Adjunct Professor of Finance and Business Economics at the University of Southern California Marshall School of Business where he teaches Applied Finance in Fixed Income Securities.

Previously, Nik worked the US Treasuries trading desk for a large institutional asset manager and has extensive trading experience in money markets and interest rate futures. After starting his teaching career, Nik felt the urge to bring his research on both the international monetary system and Bitcoin together as one to write Layered Money: From Gold and Dollars to Bitcoin and Central Bank Digital Currencies. He has a BA in Social Sciences from University of Southern California and a Master in Finance from IE Business School in Madrid, Spain. Nik lives in Los Angeles, CA with his wife and young daughter. Back To Top ^^ 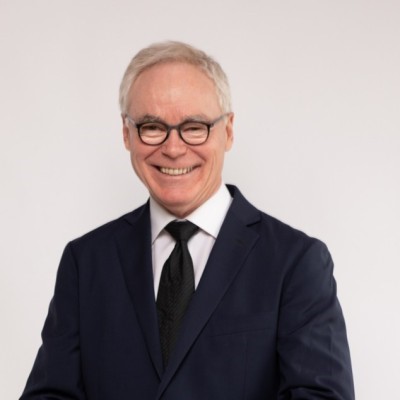 Lawrence is a member of the Fintech Advisory Board of the Fubon Center for Technology, Business, and Innovation - NYU Stern School of Business, and the Board of Directors of iD-Lab. Lawrence moderated and served on panels at London Fintech Week, Fintech Week Chicago, IBM Think 2018, CryptoCon 2018, Morningstar Investment Conference MIC 2018, 2nd International Blockchain Congress, Intellisight (CFA Society), the Asset/WealthTech Advisory, and the Digital Asset Summit.

Lawrence has a track record of leading emerging growth companies to successful exits, including RightPond (acquired by Morningstar), a Fintech company using machine learning to harvest unstructured financial data. He was a co-founder of yellowpages.com (acquired by AT&T), and director of CLRS Technologies (acquired by Solta Medical - Valliant).

Before his entrepreneurial endeavors, Johnson practiced law in the area of securities and technology law. He began his career at IBM.

Lawrence holds a commerce degree from McGill University and a law degree from the Université de Montréal. He is a member in good standing of the California Bar. Back To Top ^^ 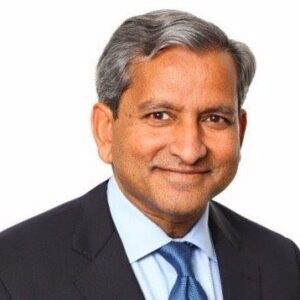 Krishna K. Memani | Previous to serving as the CIO at Lafayette College, Memani joined Invesco as vice president of investments when the firm combined with OppenheimerFunds in 2019. Before joining OppenheimerFunds in 2009, he was a managing director at Deutsche Bank, heading U.S. and European credit analysis. Earlier, Memani headed global credit research at Credit Suisse, was in charge of high-grade and high-yield portfolios at Putnam Investments, and was the fixed income strategist and manager of mortgage research at Morgan Stanley. He began his career as a research analyst at Morgan Stanley and Price Waterhouse.

At Lafayette, Memani will manage an endowment of more than $850 million, which ranks among the top 10 percent of American colleges and universities in endowment per student. Back To Top ^^
Payment Information
We accept the following: