Dear Chairman
A sharp and illuminating history of one of capitalism’s longest running tensions—the conflicts of interest among public company directors, managers, and shareholders—told through entertaining case studies and original letters from some of our most legendary and controversial investors and activists.

Recent disputes between shareholders and major corporations, including Apple and DuPont, have made headlines. But the struggle between management and those who own stock has been going on for nearly a century. Mixing never-before-published and rare, original letters from Wall Street icons—including Benjamin Graham, Warren Buffett, Ross Perot, Carl Icahn, and Daniel Loeb—with masterful scholarship and professional insight, Dear Chairman traces the rise in shareholder activism from the 1920s to today, and provides an invaluable and unprecedented perspective on what it means to be a public company, including how they work and who is really in control. |

Jeff Gramm analyzes different eras and pivotal boardroom battles from the last century to understand the factors that have caused shareholders and management to collide. Throughout, he uses the letters to show how investors interact with directors and managers, how they think about their target companies, and how they plan to profit. Each is a fascinating example of capitalism at work told through the voices of its most colorful, influential participants.

Biographies
Jeff Gramm manages Bandera Partners, a value-oriented hedge fund, and teaches value investing at Columbia Business School. His recently published book, Dear Chairman: Boardroom Battles and the Rise of Shareholder Activism was named one of the best books of 2016 by the Financial Times. It has been praised as "a terrific read" by Andrew Ross Sorkin in the New York Times, "a revelation" by the Financial Times, "a grand story" by The Wall Street Journal, and “an engaging and informative book” by The New Yorker. Charles Schwab wrote about Dear Chairman, “It should be required reading for anyone who wants to participate in our great ownership system, as investor or manager.” 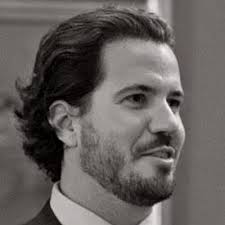 He is best known as the author of the well regarded website Greenbackd, the book Deep Value: Why Activists Investors and Other Contrarians Battle for Control of Losing Corporations (2014, Wiley Finance), and Quantitative Value: A Practitioner's Guide to Automating Intelligent Investment and Eliminating Behavioral Errors (2012, Wiley Finance). He has extensive experience in investment management, business valuation, public company corporate governance, and corporate law.

Prior to founding the forerunner to Carbon Beach in 2010, Tobias was an analyst at an activist hedge fund, general counsel of a company listed on the Australian Stock Exchange, and a corporate advisory lawyer. As a lawyer specializing in mergers and acquisitions he has advised on transactions across a variety of industries in the United States, the United Kingdom, China, Australia, Singapore, Bermuda, Papua New Guinea, New Zealand, and Guam. He is a graduate of the University of Queensland in Australia with degrees in Law (2001) and Business (Management) (1999).
Parking Information
Click links for address and rates

Cancellations
Cancellations must be received in writing by 9:00 am the day prior to the event to receive a refund. No phone cancellations are accepted. Please fax to the CFALA office at (213) 613-1233 or e-mail info@cfala.org. Member “no-shows” will be billed the difference between the member fee and the non-member fee for the event which is posted on the CFALA website.
Chair:
Don Brown, CFA