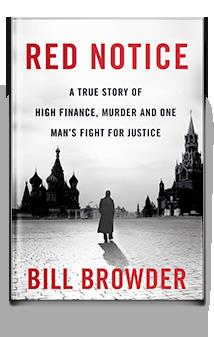 The Santa Barbara chapter of CFALA is pleased to host author Bill Browder on Sunday, April 26th from 4pm until 6:30pm at the Montecito Country Club.

Bill Browder will discuss his book "Red Notice" at this event, which will also include a light Hors d'oeuvres reception and a book signing. 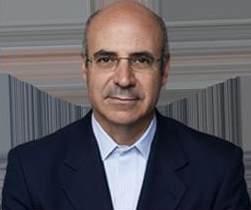 Bill Browder | Bill Browder is the NYTimes bestselling author of "Red Notice: A True Story of High Finance, Murder, and One Man's Fight for Justice." This powerful story has been featured on The Daily Show with Jon Stewart, 60 Minutes, NPR and a wide range of print media.

The Economist recommends "Red Notice" as "a sizzling account of Mr. Browder's rise, fall, and metamorphosis from bombastic financier to renowned human-rights activist...Reads more like a financial thriller than a real-life story."

Institutional Investor acknowledges that "Browder's story of investing bravado turns into a thriller as compelling as any John le Carré spy novel."

Even Abu Dhabi's English language paper, wn.com, took notice: "Bill Browder has lived three lives: the one he inherited , the one he made for himself and the one he had thrust upon him. His book 'Red Notice' is less one person's memoir than three: a grandson, a mogul, and a crusader."
Payment Information
We accept the following:

Cancellations
Cancellations must be received in writing by 9:00 am the day prior to the event. No phone cancellations are accepted. Please fax to the CFALA office at (213) 613-1233 or e-mail info@cfala.org. Member “no-shows” will be billed the non-member fee ($40) for the event which is posted on the CFALA website.