LA's Silicon Beach area is the second-largest tech hub in the United States, behind Silicon Valley. The tech boom in Los Angeles has been fed by a number of local success stories in the last five years, including Snapchat, now valued at $16 billion, the streaming service Hulu, valued at $10 billion, or the dating app Tinder ($3 billion). The proliferation of technology companies in our industry creates the potential for major disruption as well as investment opportunities. Join us for the inaugural Venture Capital and Fintech Symposium to hear from those in this rapidly growing segment of the alternative investment markets. 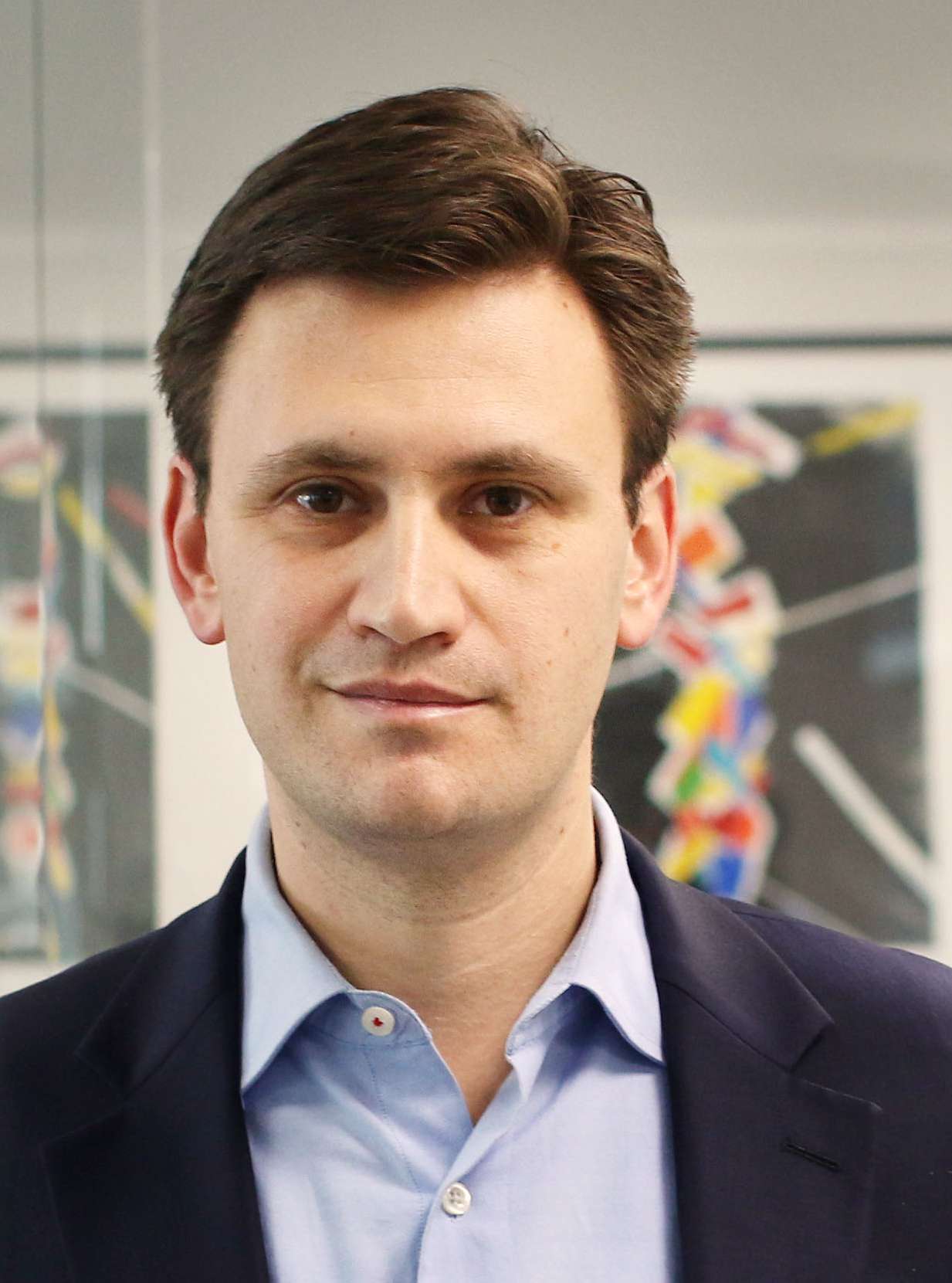 Andrei Cherny | Andrei Cherny is CEO of Aspiration, an online financial platform with a conscience that is democratizing access to great financial products and founded on the idea that we can do well and do good at the same time. One of Investment News’ “40 Under 40” investment professionals, Andrei has been an advisor to Fortune 100 companies including some of America’s largest financial institutions, a senior fellow at Harvard's John F. Kennedy School of Government and at the Center for American Progress, the co-founder and president of Democracy journal, and a financial fraud prosecutor. A former White House aide, President Clinton called Andrei a “critical part of the team” which brought about the economic successes of the 1990s. His 2000 book, “The Next Deal,” outlined how technology was transforming the expectations of consumers and citizens. He is also author of the bestselling, “The Candy Bombers.” He graduated from Harvard University and from the University of California Berkeley law school. Back To Top ^^

Before joining SeedInvest in 2014, Andrés spent most of his career driving innovation in the public financial markets. In previous roles, he founded and managed a broker dealer and trading floor, and spent much of his career working as a quantitative proprietary trader in the equities markets. Andrés received his degree in entrepreneurship, information systems, and marketing from The Wharton School and loves all manner of action sports, especially Kitesurfing. Back To Top ^^ 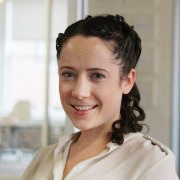 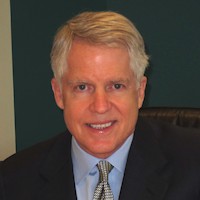 Alan Snyder | Alan Snyder is the Founder and Managing Partner of Shinnecock Partners and President of the Western Los Angeles Boy Scout Council. Alan was the Founder, CEO, President, and Chairman of the Board of Answer Financial Inc. and Insurance Answer Center, CEO of Aurora National Life Assurance, President/COO of First Executive Corporation and Executive Vice President and member of the Board of Directors at Dean Witter Financial Services Group (predecessor to Morgan Stanley), where he formulated the launch of the Discover Card as a member of a three-person team. Alan is a graduate of Georgetown University and Harvard Business School, where he was a Baker Scholar. Back To Top ^^

Raj Udeshi | Raj Udeshi has a background in emerging markets sales and trading, at Bank of America Securities, GFI Group, and Enlace S.A (boutique LatAm inter-bank broker). On the Street, Raj dealt in interest rate swaps, credit risk derivatives, inflation-linked bond swaps, and FX options for the G7 and Latin America. Raj was previously a member of Xolia, a fin-tech startup whose decision-making technology helped users choose the right online broker, life insurance policy, and credit card for their needs (Xolia acquired by GetSmart.com in 2001). Prior to HiddenLevers, Raj was Head of Business Development for Social Amp, a social media analytics startup and Facebook Preferred Developer (Social Amp acquired by Merkle Inc. in 2012). He is a graduate of Northwestern University and the Pepperdine School of Law. Back To Top ^^ 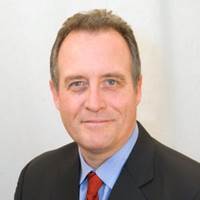 Gerry Flintoft | Gerry Flintoft has over 20 years of experience as a proven alternative investments and private equity portfolio manager and consultant. He has developed a deep level of expertise in investment and asset management, and has cultivated critical relationships within the investments industry. Focusing on alternative investments while at LACERA, Flintoft managed a large complex private equity portfolio, successfully negotiated separately managed accounts, and assisted investment colleagues with hedge fund and real estate portfolios. Prior to joining LACERA, Flintoft was the director of corporate real estate for a publicly-listed multinational architecture and engineering firm and a principal within his own real estate consulting firm. Back To Top ^^ 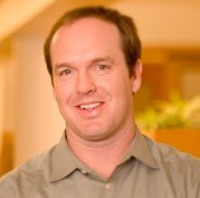 Greg Martin | Greg Martin is the founder and Managing Director of Archer Venture Capital. Greg is also co-owner and Managing Director of Rainmaker Securities, a merchant bank focused on private securities transactions. Prior to founding Archer, Greg was a partner with Redpoint Ventures for 11 years. Previously, Greg was with Brentwood Venture Capital in Los Angeles. Greg focuses on early, growth stage and secondary technology investment opportunities. His current active investments include: Sovrn, Leadpoint, Buster Games, SquareTrade, Impact Radius and QMerit. Greg is also co-founder, Executive Chairman of BetheBeast, and an advisor to Swoop and ConsumerDirect. Greg was previously CEO of Socialvibe (TrueX), which was later sold to Fox. Greg previously led investments in TrueCar (TRUE), 2U (TWOU), Shopkick (sold to SK Telecom), TrueX Media (sold to Fox), Yodlee (YDLE), Networks in Motion (sold to TSYS), Alacra (sold to Opus Global), TelASIC Communications (sold to MTI), Simula Labs (sold to Exist Labs), Webvisible (sold to The Berry Company) and SOA Software. Greg was also actively involved with Redpoint's investment in MySpace (sold to NEWS). Prior to venture capital, Greg was an investment banker with Donaldson Lufkin and Jenrette's Technology Group with Smith Barney where he focused on cross-border M&A and financing transactions. Greg is a Carter Scholar from the Anderson School of Business at UCLA and also holds a Bachelors of Commerce degree, with concentrations in IT and Accounting, from the University of Calgary. Back To Top ^^

Currently, Mr. Meyer runs The Meyer Shaffer Company LLC, a merchant bank that invests in all growth stages of financial services companies. An example is Asset Avenue, an institutional real estate crowdfunding platform. He also serves as a Senior Advisor to this portfolio company. Mr. Meyer was instrumental in launching Grandpoint Capital (2010), where he has been a director since inception and chairs the board’s Compensation Committee. He served as a Special Advisor to KKR and a Senior Advisor to Stone Point Capital, one of the largest financial services-focused private equity firms. He was a director of mortgage outsourcer Nexstar Financial Corporation, a KKR portfolio company. Previously, as a principal in Metier Capital Group and D.M. Griffith & Co., Mr. Meyer's clients included KKR, GEICO/Berkshire Hathaway, Allstate Insurance, FleetBoston, A.T. Kearney/EDS, WellPoint and Deloitte. 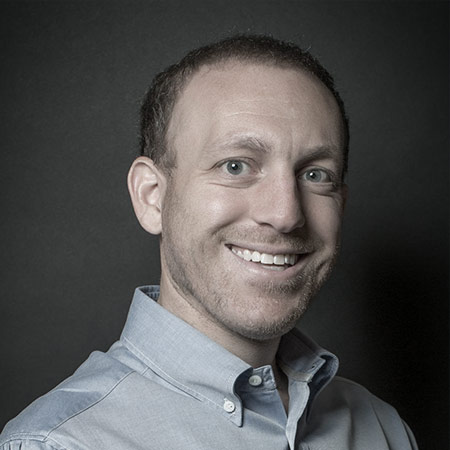 On a personal level, Gregory is an investor in Immortals, an eSports League of Legends team based in Los Angeles. In addition to being an early adopter in eSports as a fan, he is an avid video gamer. Prior to his career as a venture capitalist, he worked in the education, entertainment and technology spaces, and is an active angel investor in media and education companies. His current investments include Viagogo, Raise.me, Small Giant Games and Gunslinger Studios.

Gregory has over 15 years of entrepreneurial and operational experience. He was the co-founder and COO of AltEgo, a cloud-based technology and gaming company. Prior to his work in technology, he worked in new business development at Warner Bros. in Hong Kong and London, and at Twentieth Century Fox.

Actively involved in philanthropy, Gregory currently serves on the Board of Overseers for the Graduate School of Education, and the boards of the Milken Institute and the Milken Family Foundation. In 2009, Gregory founded the Milken Penn GSE Education Business Competition. Since its founding, he has served on a judging panel that choses the best education business idea from over 200 entries from around the world. 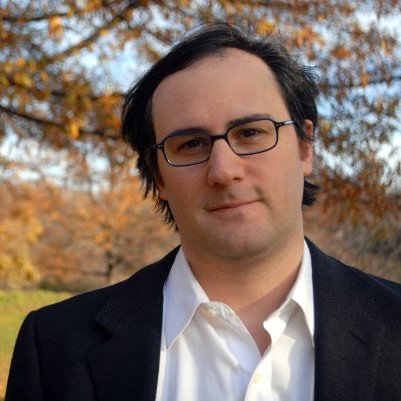 Ben Savage | Ben Savage is the co-founder of Clocktower Technology Ventures and Managing Director at Drobny Capital. At Drobny Ben spearheads new business initiatives across the firm and is responsible for private market activities, including leadership of CTVs investments. Ben was previously Director, Investment Associate Program for Bridgewater Associates, where he worked with the firm's CIOs on strategic priorities, talent development and research. Ben began his career as a venture capital and private equity investor with Wasserstein Perella, and also co-founded Artivest and Waterfall Mobile. Ben holds a BA in philosophy from Yale University and an MBA from the Stanford Graduate School of Business. Back To Top ^^
Parking Information
41 Ocean Valet Parking - $15

Cancellations
Cancellations must be received in writing by 9:00 am the day prior to the event to receive a refund. No phone cancellations are accepted. Please fax to the CFALA office at (213) 613-1233 or e-mail info@cfala.org. Member “no-shows” will be billed the difference between the member fee and the non-member fee for the event which is posted on the CFALA website.
Chair:
Thomas Mahoney, CFA
Sponsored By: