Change is underway in the financial services industry and it’s disrupt or be disrupted. Hear from Stephanie Cohen, Goldman Sachs’ Chief Strategy Officer, on leading through challenging times, Goldman’s evolution to a platform business, and the firm’s commitment to diversity as a strategic imperative.

As chief strategy officer at Goldman Sachs, Cohen is a key architect of the future of Goldman Sachs and financial services at large with an impressive track record of 20+ years of advisory experience across sectors and regions. In her role, Cohen leads firmwide M&A, partnerships, and strategic investing. As a steward of the firm’s purpose to advance sustainable economic growth and financial opportunity, Cohen has been a key leader in embedding diversity and innovation into Goldman Sachs’ core businesses to grow sustainably into the future. She is the pioneer of two industry-leading initiatives around diversity and innovation: Launch With GS, our $500 million commitment to invest in diverse companies and investment managers and GS Accelerate, our in-house innovation engine for employee-sourced ideas.

Cohen has used her platform to infuse transparency into Goldman Sachs, emphasizing that diversity, inclusivity, and innovation are critical to success for any business. Cohen is the youngest partner on our Management Committee, the most senior governing leadership body at Goldman Sachs. In addition, Cohen plays an active role in the firm's other key leadership committees including the Firmwide Asset Liability Committee, Global Inclusion and Diversity Committee, and is a co-Global Executive Sponsor of the Firmwide Women’s Network. Cohen continues to drive inclusive economic growth and increasing access to education as a member of the national boards of the Economic Club of New York, CollegeSpring and Quill.org. 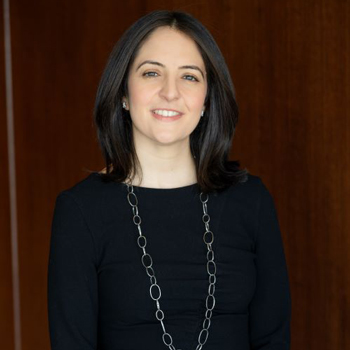 Stephanie Cohen | Stephanie Cohen is Goldman Sachs’ Chief Strategy Officer and a member of the Management Committee. She is also a member of the Firmwide Asset Liability Committee and the Global Inclusion and Diversity Committee, serving as a Global Executive sponsor of the Women’s Network. Cohen drives strategy, Mergers & Acquisitions (M&A), strategic investing and partnerships for the firm. She leads Launch With GS, Goldman Sachs’ $500 million commitment to invest in companies and investment managers with diverse leadership, as well as GS Accelerate, the firm’s in-house innovation engine.

Prior to assuming her current role, Cohen was global head of Financial Sponsor M&A in the Investment Banking Division (IBD). Before that, she was sector captain for General Industrials in the Global Industrials Group and a member of the M&A Group in IBD. In 2008, Cohen managed Conflicts and Business Selection for IBD in the Americas. Prior to that, Cohen was a vice president in the Industrials and Merger Leadership Groups in San Francisco. Earlier in her career, Cohen worked in New York in the M&A department. Cohen joined Goldman Sachs as an analyst in 1999, was named Managing Director in 2008 and Partner in 2014.

Cohen serves on the National Board of Directors of CollegeSpring and as a member of the Board of Quill.org. She also serves as trustee for the Board of The Economic Club of New York. Back To Top ^^ 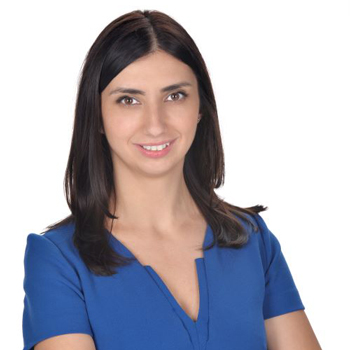 Marina Viergutz, CFA, CAIA | Marina Viergutz, CFA, CAIA is a seasoned alternative investment professional with progressive international experience. She currently leads the Investor Relations and Marketing team at Aedifex Ventures. Prior to Aedifex, Viergutz spent about a decade working for Credit Suisse in various Private Equity/Hedge Fund roles in Switzerland and Singapore spanning fund due diligence, portfolio management, client advisory and business development. Prior to that, she was a financial analyst at JPMorgan in New York/London and she started her career at a boutique investment bank in Chicago.

Viergutz obtained her undergraduate degree from DePaul University with a double major in Accounting and Finance. She holds an MBA from St Gallen University in Switzerland. She is also a CFA and CAIA charterholder. Back To Top ^^