What Happens in California Affects the World: A Macroeconomic Review of California

Part 2 of 4 in our Wealth Management Excellence Series.

California ranks as the 5th biggest economy in the world and was the epicenter of the 2000 and 2008 financial crises. As part of CFA Society Los Angeles' Election 2020 Week, come ask our panel of renowned speakers how California will drive our nation’s recovery into 2021 and beyond.

This event will be uniquely driven by a dynamic and interactive discussion on the current state of the State in the midst of the Covid-19 crisis. Our panelists will discuss how employment, tech, and housing have been affected by the pandemic and what we can expect moving forward.

Use Zoom Meeting features to answer polls, ask questions, and chat with your fellow attendees one-on-one or one-to-many in real time during the speaker session.

Once the speaking session is over, have your cocktails ready at 4:45pm as we Zoom-lessly whisk attendees away into small breakout rooms for you to share ideas and thoughts together. Stick around for rotations every 15 minutes.

Prior to joining UBS Michael spent fifteen years with Merrill Lynch where he was part of the senior executive team that launched and built Private Banking and Investment Group (PBIG) and was Managing Director and National Director of Sales and Strategy for the Group. He also held a number of senior positions at the firm including roles as Head of Trust and Insurance and National Sales Manager for Global Wealth Management.

Michael began his career with the international accounting and consulting firm Deloitte Haskins +Sells as a consultant in their Emerging Business Services practice.

Michael received a B.S. in business administration, with an emphasis in accounting from San Diego State University. Michael is married with two sons and he and his wife reside in Los Angeles. Outside the office, he enjoys skiing, golf and travelling. Back To Top ^^ 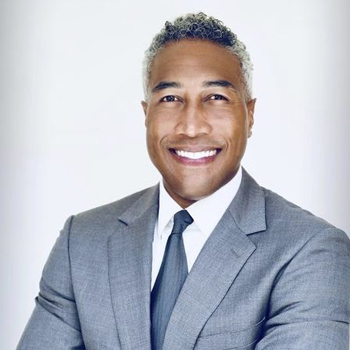 Ron served as Director of National Incentives at NAI Capital in Los Angeles where he performed both tenant representation brokerage services and began building the firm’s national incentives procurement capabilities. He also served as Principal at Hickey & Associates (New York) where he performed corporate site selection and incentives negotiation and procurement. Prior to that, Ron served as Vice President of CBRE Location Incentives (Phoenix), working with a national team that identifies and procures economic development tax incentives for corporate clients in the United States and Canada.

Before going into the private sector, Ron served as West Coast Business Development Manager for the Kansas Department of Commerce under Governor(s) Kathleen Sebelius and Sam Brownback. There he managed business attraction, discretionary incentive negotiation and project management for an 11-state territory.

Ron is a former professional athlete, briefly playing basketball in Australia and France. He attended graduate school at Baker University- Kansas and received his undergraduate degree from Emporia State University in Kansas, where he remains involved as a member of the Cremer School of Business - Dean’s Advisory Council and serves on the Emporia State Foundation Board of Trustees. Back To Top ^^ 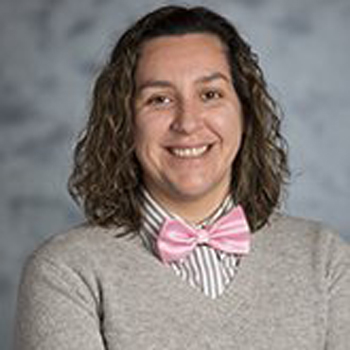 Ana Gutierrez | Ana Gutierrez is a senior director at JFF. She works with partners in various sectors at the state, regional, and local levels, supporting their efforts to transform systems so that they can succeed in the new economy.

She currently leads JFF’s Regional Economic Development Unit in California and engages in research to better understand how cities and regions can lead the way in establishing equitable systems that lead to economic mobility. Back To Top ^^ 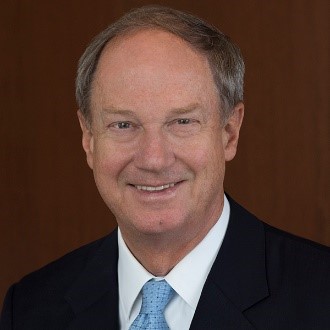 John Emerson | John Emerson works in global distribution as vice chairman of Capital Group International, Inc. He has 19 years of industry experience, all with Capital Group. He most recently served as the United States ambassador to the Federal Republic of Germany. In 2015, John was awarded the State Department’s Susan M. Cobb Award for Exemplary Diplomatic Service, which is given annually to one non-career ambassador, and in 2017 he was awarded the CIA Medal and the U.S. Navy’s Distinguished Public Service award. Prior to accepting the ambassadorial posting, John was president of Private Client Services for the Capital Group Companies. Before joining Capital, he was deputy assistant to President Clinton where he coordinated his economic conferences, served as the president’s liaison to the nation’s governors, and led the administration’s efforts to obtain congressional approval of the GATT Uruguay Round Agreement and the extension of China’s MFN trading status. Additionally, he was appointed by President Obama to serve on his Advisory Committee for Trade Policy and Negotiations. Before working in the Clinton White House, John served as Los Angeles Chief Deputy City Attorney, and was a partner in the law firm of Manatt, Phelps, Rothenberg, and Phillips. John holds an honorary doctor of laws degree from Hamilton College, a juris doctor degree from the University of Chicago and a bachelor’s degree in philosophy from Hamilton College. John is based in Los Angeles. Back To Top ^^

Sponsored By:
Payment Information
We accept the following:

Cancellations
Cancellations must be received in writing by 9:00 am the day prior to the event to receive a refund. No phone cancellations are accepted. Please fax to the CFALA office at (213) 613-1233 or e-mail info@cfala.org.
Series Chair:
Yves-Marc Courtines, CFA
Event Chairs:
Matt Kirisits, CFA and Arun Bharath, CFA