Our speaker is Deborah Fuhr, CEO of ETFGI, authored the appendix on International ETF's for CFA Institute's  “A Comprehensive Guide to Exchange Traded Products" and internationally recognized expert on indices and exchange traded products.

Ms. Fuhr will be discussing a range of topics including:

Copies of the CFA Institute’s “A Comprehensive Guide to Exchange Traded Products” will be available without charge to attendees. 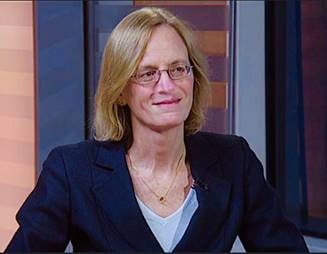 Deborah Fuhr | Deborah Fuhr is the managing partner and founder of ETFGI, an independent research and consultancy firm launched in 2012 in London.  The firm offers paid for subscription research, consulting and events.

Deborah Fuhr was the recipient of the ETF.com 2018 lifetime achievement award, 100 Women in Finance’s 2017 European Industry Leadership Award, the 2014 William F. Sharpe Lifetime Achievement Award for outstanding and lasting contributions to the field of index investing, the Nate Most Greatest Contributor to the ETF industry award at the 11th annual ExchangeTradedFunds.com awards dinner in 2015, the ETF.com Lifetime achievement award in 2015.  She has been named as one of the “100 Most Influential Women in Finance” by Financial News over several years, most recently in 2016

Ms. Fuhr is one of the founders and on the board of Women in ETFs as well as Women in ETFs EMEA chapter, is on the board of Cancer Research UK’s ‘Women of Influence’ initiative to support female scientists.  Ms. Fuhr has served on the editorial board of the Journal of Indexes (United States), Journal of Indexes (Europe), and Money Management Executive; the advisory board for the Journal of Index Investing; She holds a BS degree from the University of Connecticut and an MBA from the Kellogg School of Management at Northwestern University.Back To Top ^^

Cancellations
Cancellations must be received in writing by 9:00 am the day prior to the event to receive a refund. No phone cancellations are accepted. Please fax to the CFALA office at (213) 613-1233 or e-mail info@cfala.org. Member “no-shows” will be billed the difference between the member fee and the non-member fee for the event which is posted on the CFALA website.