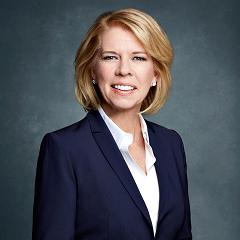 Wells assumed her current role after more than 20 years as a CNBC reporter. Most recently, she covered retail, agriculture and defense as well as reports on California's economy, West Coast real estate and Las Vegas for the network. Wells joined CNBC in 1996, providing special coverage of the O.J. Simpson civil case for "Rivera Live." During her career at the network, Wells also served as a senior correspondent for CNBC's "Upfront Tonight."

Prior to joining CNBC, she was a correspondent for the Fox News Channel and Los Angeles reporter for NBC's flagship television station, WNBC, in New York. Her television news career includes reporter positions with KTTV, Los Angeles; WTVJ, Miami; and KOB, Albuquerque. She has also contributed international reports for CNN.

Wells holds bachelor's degrees in broadcast journalism and philosophy from the University of Southern California, where she graduated with honors. She and her husband have two children and live in Los Angeles. Follow Jane Wells on Twitter @janewells. Back To Top ^^ 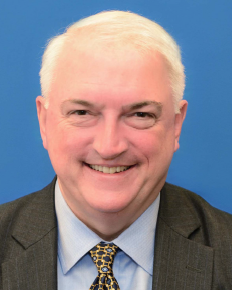 Terry Haines | Terry Haines is Senior Political Strategist, Head of Political Analysis, and a Managing Director at Evercore ISI. Previously, Terry was a senior adviser in Congress and prior presidential Administrations, and a partner in major law firms and government relations companies. His public sector experience includes service as Chief Counsel and Staff Director of the US House Committee on Financial Services, where he helped enact many landmark laws including the USA PATRIOT Act, Sarbanes-Oxley, and the federal terrorism insurance backstop known as TRIA. Terry also served as Senior Counsel to the US House Energy and Commerce Committee, which oversees policy governing most regulated industries. Finally, Terry was Chief of Staff and White House liaison at the Federal Communications Commission, where he spearheaded telecom deregulation, mobile phone competition, and the digital television (HDTV) rollout. In the private sector, Terry was a partner in two top 100 US law firms and two government relations companies, representing Fortune 500 clients in financial services, telecom, tax, high tech, and many other industry sectors. Terry is a frequent media commentator on US and international policy and political issues. He serves on the board of Bridgeway Capital, Southwestern Pennsylvania’s largest nonprofit lender to entrepreneurs for economic development. Back To Top ^^ 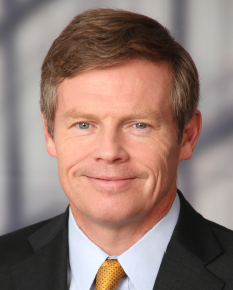 Dr. David Kelly | Dr. David Kelly is the Chief Global Strategist and Head of the Global Market Insights Strategy Team for J.P. Morgan Funds. With over 20 years of experience, David provides valuable insight and perspective on the economy and markets to thousands of financial advisors and their clients. Throughout his career, David has developed a unique ability to explain complex economic and market issues in a language that financial advisors can use to communicate to their clients. He is a keynote speaker at many national investment conferences, a frequent guest on CNBC and other financial news outlets, and is widely quoted in the financial press. Prior to joining J.P. Morgan Funds, David served as Economic Advisor to Putnam Investments. He has also served as a senior strategist/economist at SPP Investment Management, Primark Decision Economics, Lehman Brothers and DRI/McGraw-Hill. David is a CFA charterholder. He also has an Ph.D and M.A. in Economics from Michigan State University and a B.A. in Economics from University College Dublin in the Republic of Ireland. Back To Top ^^ 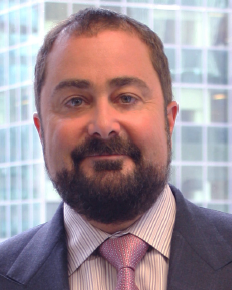 David Zervos | David Zervos is Chief Market Strategist of Jefferies LLC and Chief Investment Officer of the Global Macro Division of Jefferies Investment Advisers. David is best known across the financial services industry for his timely, insightful macroeconomic commentary and viewpoints. In his role as Chief Market Strategist he exchanges ideas with the world’s leading money managers, hedge funds, pension funds and sovereign wealth funds. He appears regularly in financial media and is a frequent speaker at key industry conferences and events. David joined Jefferies in 2010 after spending 2009 as a visiting advisor in the Division of Monetary Affairs at the Board of Governors of the Federal Reserve System in Washington, D.C. Prior to visiting the Federal Reserve, he held a variety of research, sales and trading positions in the private sector, most recently managing global macro portfolios for Brevan Howard and UBS O’Connor. He began his career as an economist at the Federal Reserve Board in the early 1990’s. He received a B.Sc. in Systems Engineering from Washington University, and an M.A. and Ph.D. in economics from the University of Rochester. Back To Top ^^
Parking Information
Valet Parking at Omni Hotel: $15 (CFALA event rate)
Payment Information
We accept the following: