Hedge Funds and Liquid Alternatives: Are Hedge Funds Poised to Outperform, and is 50/30/20 the New 60/40

Part 6 of 10 in our First Wednesdays: The Wealth Management Excellence Series. This event is a stand-alone event; you do not need to have attended Parts 1-5 of the series to attend this event.

Join family office and multifamily office CIOs, leading RIA officers, and top private client advisors at a networking and idea-sharing event over great food and drinks at the Omni Hotel downtown. An outstanding group of 8 panelists on two panels will share their unique thoughts on investing in the hedge fund and liquid alternatives space in the current market. 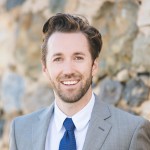 Jonathan Belanger, CFA | Jonathan Belanger serves as Director of Research with AlphaCore Capital. In this role, Jonathan is responsible for overseeing the investment decision-making process, for building model portfolios and for managing the firm’s research efforts. Before joining AlphaCore, Jonathan was with Commonwealth Financial Network, the country’s largest private independent broker/dealer with over $100 billion assets under management. He held progressively senior roles within the firm’s research division and was responsible for the alternative investments in PPS Select, Commonwealth’s model management program with over $3B AUM. In addition to performing as a pianist in both the US and Europe, Jonathan sang in a band and recorded with 12-time Grammy-award winning producer, T-Bone Burnett. He still writes and performs occasionally. Back To Top ^^

Preet Chawla, CFA | Preet Chawla is Vice President, Alternative Investment Research with a focus on hedge funds. Mr. Chawla serves as the Chair of Canterbury’s Hedge Fund Research Committee. He is also an integral part of the Outsourced Investment Management process. Prior to joining Canterbury, Mr. Chawla worked at Attalus Capital conducting due-diligence on long/short equity hedge funds and allocating capital within portfolios. Prior to Attalus Capital, he was at UBP Asset Management, allocating capital to hedge funds and helping build strong risk management systems. Mr. Chawla received a degree in Applied Mathematics and Economics from U.C. Davis and an MBA from Duke University. He is also a CFA Charterholder. Back To Top ^^ 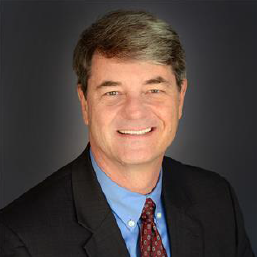 Mike Hurley, CMT | Mike Hurley is Chief Market Strategist for Highland Capital Management Fund Advisors, L.P. He joined the firm in 2011 as a sub-advisor to the Highland Trend Following Fund, and prior to that served as a Portfolio Manager with Fusion Asset Management, LLC, where he managed the Fusion Global Long/Short Fund (FGLSX) from its inception in September 2007 to November 2008. That fund posted a positive return in 2008 and won the Lipper Performance Achieve Award in the Long/Short category (ranked #1 of 90). Prior to launching FGLSX he served as Chief Technical Strategist for several boutique research firms, including: M.S. Howells & Co., Sound View Technology Group and E*Offering (The Investment Bank of E*TRADE). From 1986 to 1994 he served as a commissioned officer in the United States Navy, where he flew over 50 combat missions during Operation Desert Storm, earning two Air Medals. Mr. Hurley is a graduate of the University of California, Santa Barbara where he received B.A. degrees in both Business Economics and Chemistry. He is Series 7, 63 & 65 licensed and is a Chartered Market Technician (CMT). Back To Top ^^ 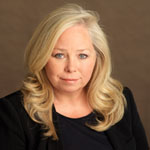 Judith Posnikoff, PhD | Judy Posnikoff is a Managing Director and one of the founding partners of PAAMCO. From PAAMCO’S inception in 2000, Judy has been involved in all aspects of the firm’s investment process, having served as a Sector Specialist for Equity Market Neutral and Merger Arbitrage and Chair of the Investment Oversight Committee. She is currently focused on portfolio construction as a member of the firm’s Portfolio Construction Group, setting strategy and asset allocation for the firm’s flagship moderate multi-strategy portfolios. Judy has authored numerous publications in the area of alternative investments and has taught at the University of California, Riverside and Irvine and at California State University, Fullerton. Judy is a member of the founding board of directors of the Association of Women in Alternative Investing (AWAI) and is on the board of 100 Women in Hedge Funds and the CAIA Foundation. Judy also chairs the scholarship committee of the 100 Women in Hedge Funds Institute.

Judy earned a PhD in Financial Economics and an MBA and MA from the University of California, Riverside. She also holds a BS in Administrative Studies from UC Riverside. Judy has 20 years of experience in investment management and portfolio construction with institutional investors. Back To Top ^^ 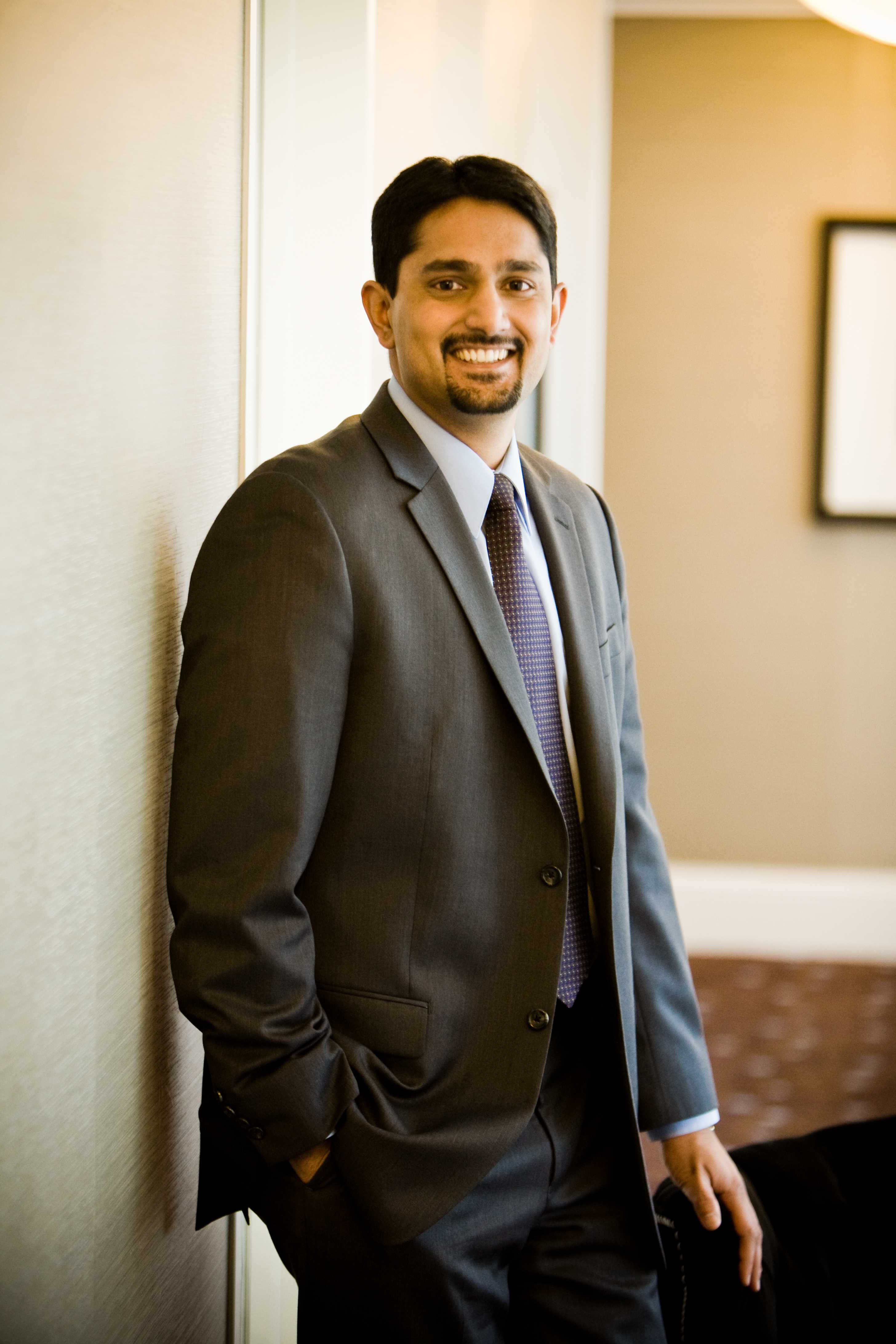 Samir Sanghani, CFA | Samir Sanghani joined Guggenheim in 2008 and currently is the Head of the Quantitative Strategies Group in Santa Monica. He is responsible for oversight of portfolio management, research, and product development of quantitative active equity and fixed income strategies with over $6 Billion in AUM, including the flagship Guggenheim Alpha Opportunities Fund. Prior to joining the firm, he was portfolio manager of a value/opportunistic equity hedge fund. Mr. Sanghani also served as VP of Operations and Chief Compliance Officer at a multi-manager hedge fund firm offering fundamental and quantitative equity long/short strategies. Prior to this, he was a Management Consultant for six years at PriceWaterhouseCoopers. Mr. Sanghani holds a B.S. degree in Electrical and Computer Engineering from Rice University and an MBA from M.I.T. Sloan School of Management. He has earned the right to use the Chartered Financial Analyst® designation and is a member of the CFA Institute. Back To Top ^^ 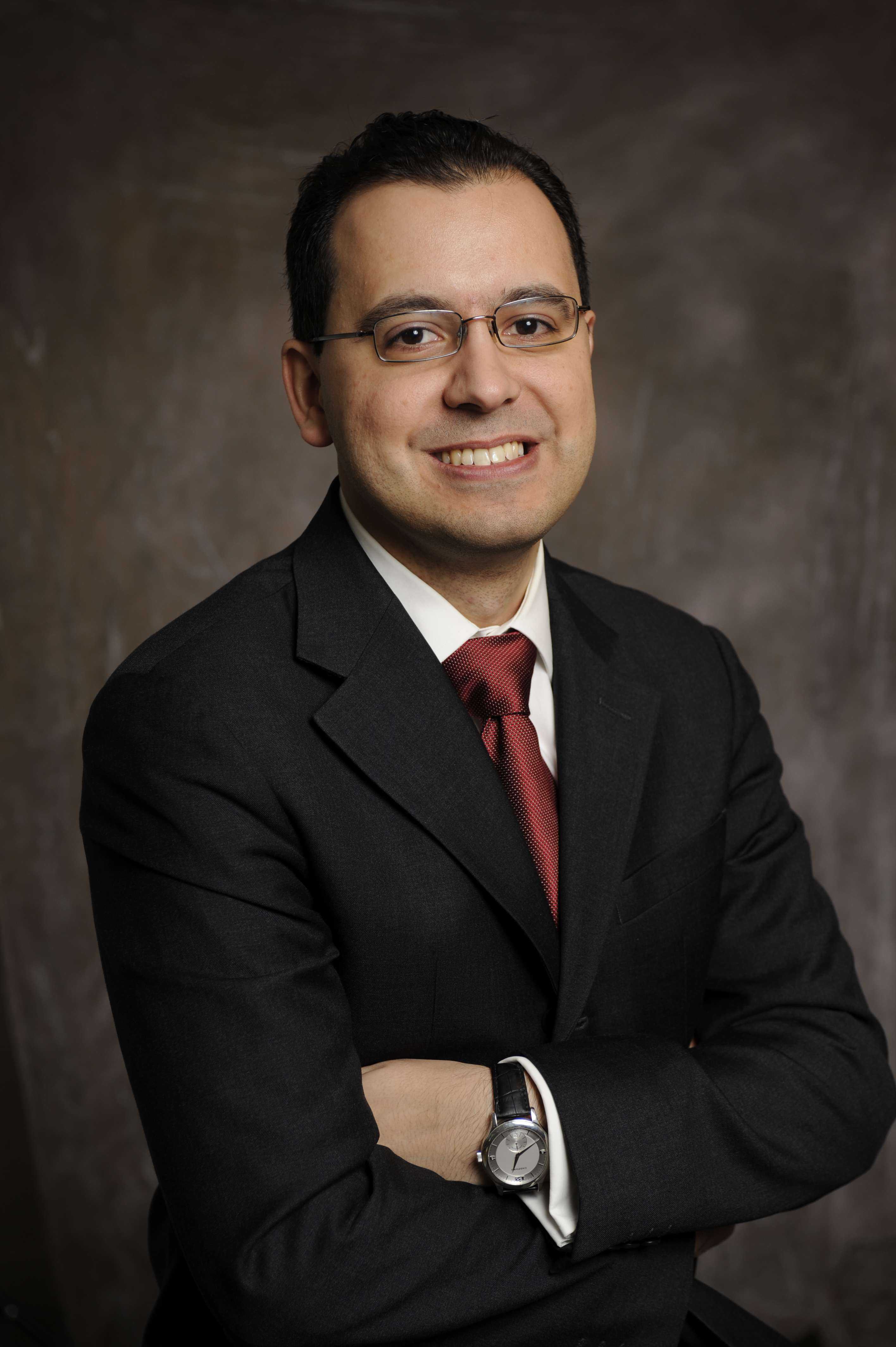 Edgar Smith, CFA | Edgar Smith is a Managing Director at the University of Southern California Endowment focusing on hedge fund and US equity investments. Mr. Smith is involved in all aspects of the manager evaluation process for existing and prospective investments. Prior to joining USC in 2012, he was a Senior Analyst at the Archstone Partnerships where he evaluated hedge fund investments across strategies. Previously, he was also a Partner and Investment Officer at Lasair Capital and an Associate Director at Pacific Alternative Asset Management. He holds a B.A in economics and history from Yale University and an MBA from Columbia University. Mr. Smith is a CFA charterholder.  Back To Top ^^ 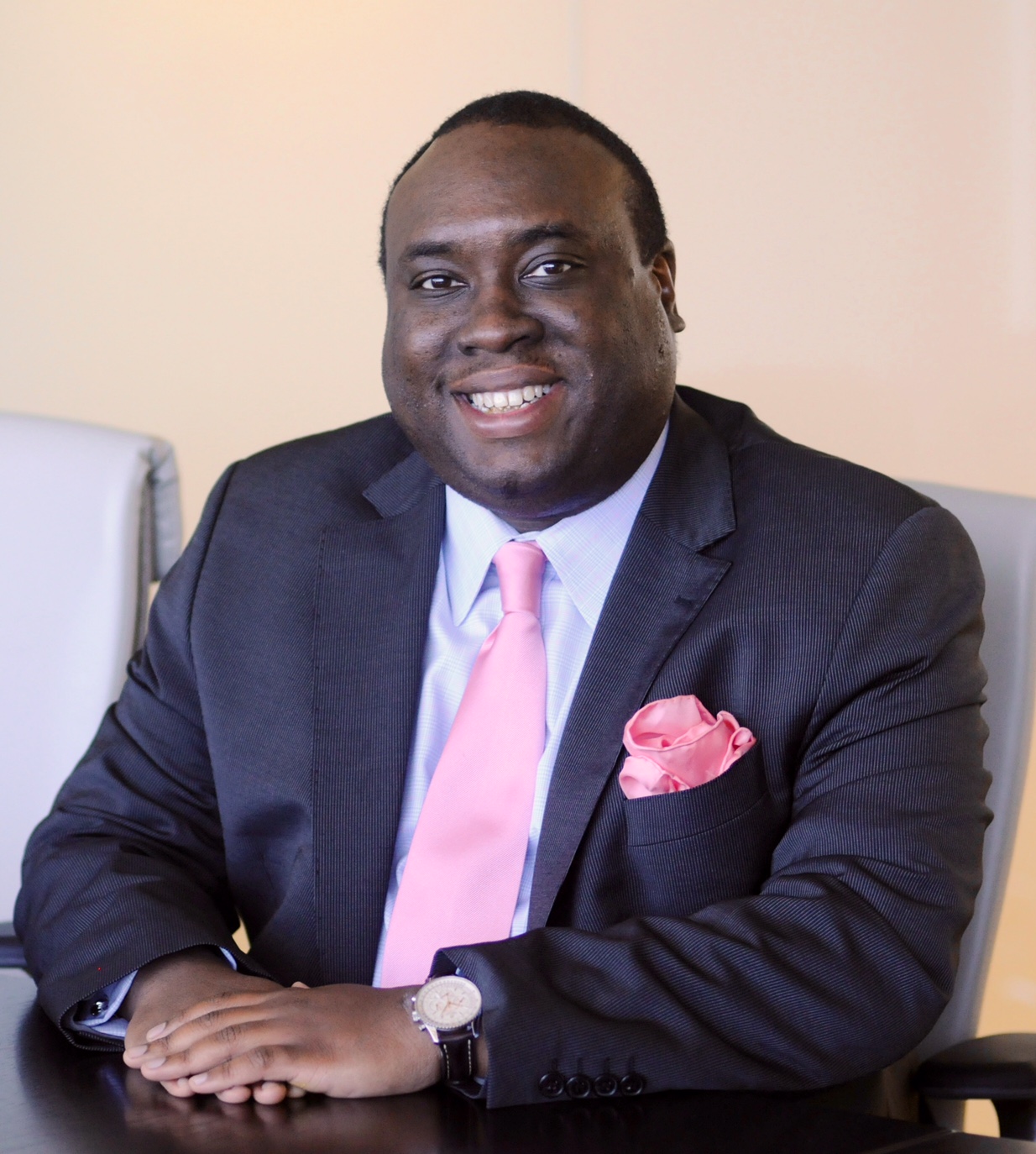 Frank Turner | Frank Turner joined MIG Capital in 2008 and oversees external manager research and portfolio management. Prior to joining the Investment Manager, Frank was a Senior Vice President in Bank of America’s Strategic Risk Group from 2006 to 2008, where he was in charge of a team devising strategies to improve the risk/reward profile of the bank’s consumer credit business lines. Previously, he was a Vice President at Goldman Sachs Hedge Funds Strategies Group in Princeton, New Jersey from 2003 to 2006. He served as Treasurer and was a member of the product management team focused on structured products. Frank began his career as a member of the Portfolio Credit Group at Goldman Sachs & Co from 2000 to 2003. Frank graduated from Howard University, Cum Laude, with a B.B.A. (Finance) Back To Top ^^ 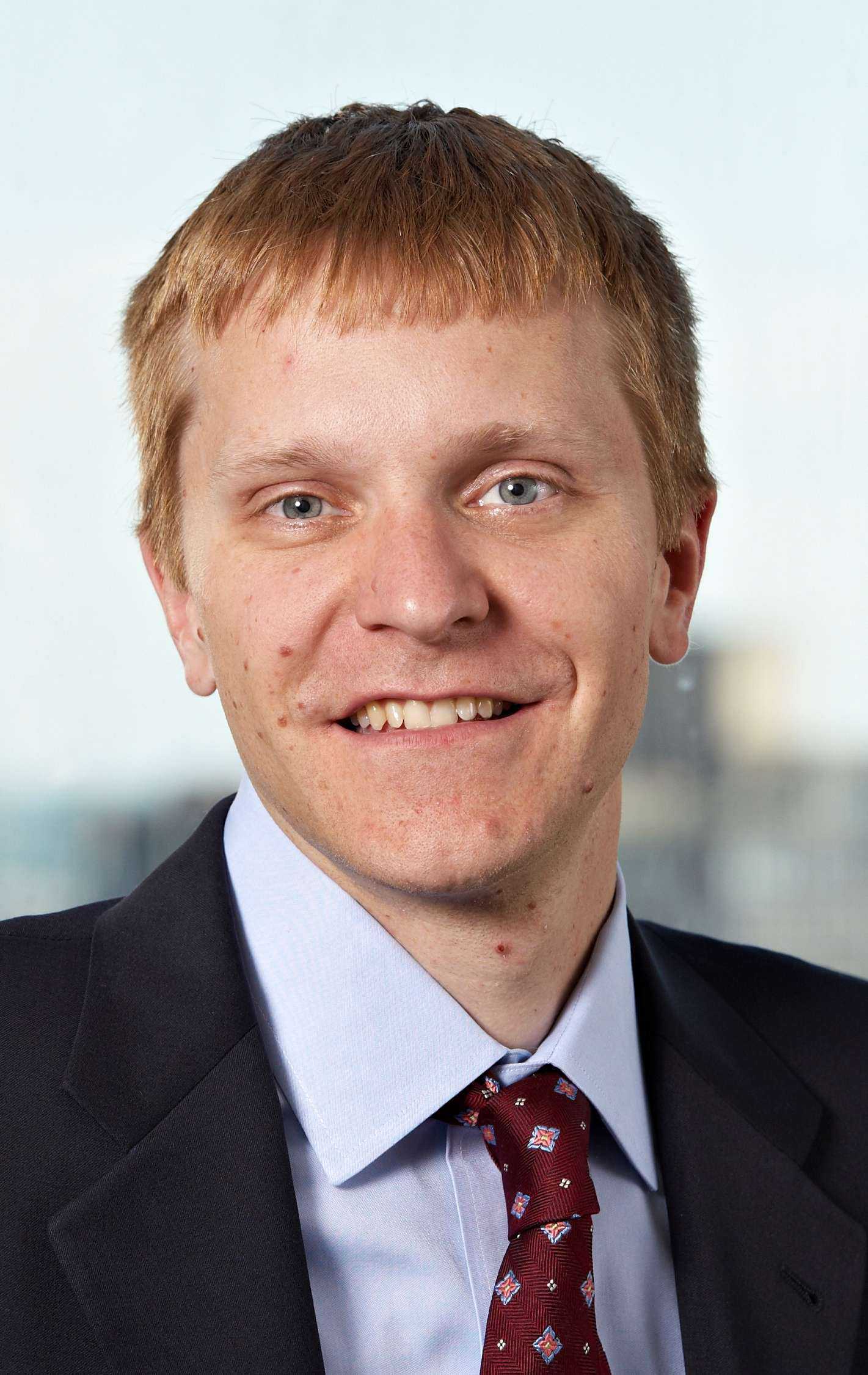 Christopher Zuehlsdorff, CFA | Christopher Zuehlsdorff is Co-Head of Global Investments of EnTrustPermal and a member of the Global Investment Committee. Mr. Zuehlsdorff is responsible for liquid alternative strategies and certain global macro client mandates. Previously, Mr. Zuehlsdorff was Senior Vice President, Deputy Chief Investment Officer and a lead Portfolio Manager of the Permal Group. Mr. Zuehlsdorff joined Permal in 2003 as a Senior Financial Analyst, responsible for discovering and screening both potential and existing investment managers. Prior to that time, Mr. Zuehlsdorff was an IT consultant at Computer Sciences Corporation. Mr. Zuehlsdorff holds an M.B.A. in Finance and Accounting from Carnegie Mellon University (2003). He also holds a B.A. in Economics and Mathematics from Saint Olaf College (1998). He is a CFA® Charterholder. Back To Top ^^
Parking Information
TBA
Payment Information
We accept the following:

Cancellations
Cancellations must be received in writing by 9:00 am the day prior to the event. No phone cancellations are accepted. Please fax to the CFALA office at (213) 613-1233 or e-mail info@cfala.org. Member “no-shows” will be billed the non-member fee ($30) for the event which is posted on the CFALA website.
Chair: 
Thomas Mahoney, CFA, CAIA
Sponsored By: