Come join CFA Society Los Angeles for a fun evening of appetizers, drinks, and madness! If you aren't a college basketball junkie, join us anyway because there will be plenty of socializing and if you plan on having more than your two free drinks, Ye Olde's 'Happy Hour' extends until 7:30pm. Two drink tickets and plenty of appetizers will be provided for everyone.

Before the ‘Madness’ begins, participate in the 2nd Annual CFALA Bracketology Contest (Regular, Affiliate, and Associate Members only)! On Sunday, March 13th at 7pm, the seeding arrangement for the March Madness tournament will be announced. After the seeding arrangement is announced, everybody will have until the tournament begins on Thursday, March 17th to fill out a single bracket (one bracket per member). The three most accurate brackets will win prizes with the most accurate bracket winning the largest prize! Scoring system: 1 point per correct winner (all rounds). If a tie is possible before the end of the tournament, potential winners will be contacted to provide a championship game score and highest scorer prediction for multiple tiebreaker options. You may use your own bracket template or use the CBS Sports Bracket (which utilizes a simple drag and drop interface) outlined below (preferred)!

Create an account on CBS Sports and use the link/password provided below to submit an online bracket to the CFA Society Los Angeles Group. 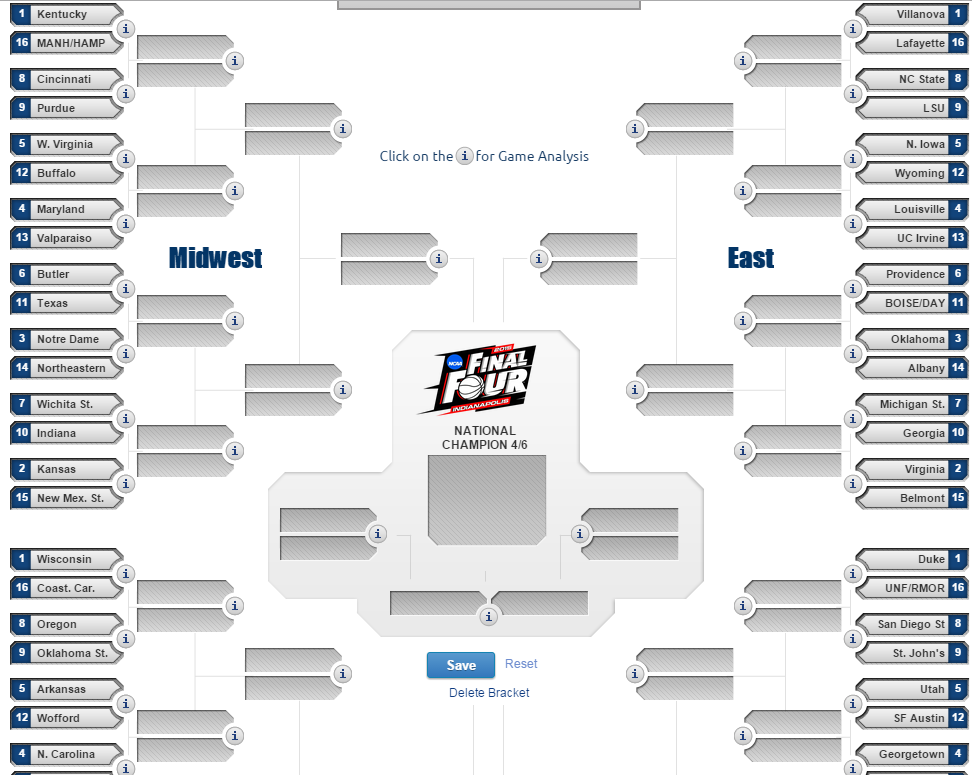 If you decide not to fill out a bracket in the CFA Society Los Angeles Group and fill out another bracket, please send your bracket to one of the following before March 17th, 2016:
Parking Information
Street/Structure 4 Lot Directly Across Ye Olde King’s Head (Santa Monica Blvd)
Payment Information
We accept the following:

Cancellations
Cancellations must be received in writing by 9:00 am the day prior to the event. No phone cancellations are accepted. Please fax to the CFALA office at (213) 613-1233 or e-mail info@cfala.org. Member “no-shows” will be billed the non-member fee ($25) for the event which is posted on the CFALA website.
Chairs:
Joseph Roberts, CFA, Mike Treidl, CFA, & Shawn Tsai, CFA