What explains this strong shift to this asset class? What are the trends and themes that investors should consider when viewing this investment sector? What are the implications for traditional investment vehicles and for the financial markets overall? 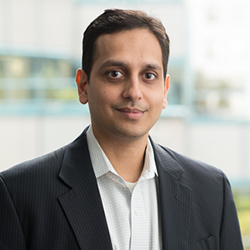 Kunal Shah  | Kunal Shah is a Senior Vice President of Fund Manager Due Diligence & Origination where he focuses on identifying and leading due diligence on private equity funds. Previously, Kunal was a Principal in the private markets group at Meketa Investment Group ("Meketa") where he was responsible for leading and managing private equity fund investments. Kunal joined Meketa in 2006 and invested over $1 billion on behalf of Meketa's discretionary and non-discretionary clients. He invested globally and covered buyouts, venture capital, private debt, natural resources, and infrastructure investments. He also developed and led Meketa's secondary funds purchase practice. Kunal served on various limited partners advisory boards. Prior to Meketa, Kunal was an analyst at The Vanguard Group and Hirtle, Callaghan & Co. Kunal received a BS degree in Business Administration with a concentration in Finance from Drexel University.
Payment Information
We accept the following: